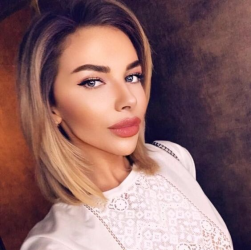 She felt her face burning as she walked away from the Murphy, Rannigan table. What couldn’t possibly have gone any worse, she thought. Well, if I’d thrown up on them. That would have been worse.

Casey and Ben were still standing where she’d left them, and they were anxiously awaiting a report. “Well?!” Casey begged as soon as Maggie was close enough. “How did it go?”

Maggie rolled her eyes. “It was bad. Did you see me drop my papers? And they actually laughed at me when I talked about trying Rannigan’s case for my project.” She shook her head sheepishly. “Oh, well, I’m glad I have an in with Rance and the DA’s office.”

Ben clapped his large hand on her shoulder. “I’d stay here and help you feel sorry for yourself but I have an interview, bitches,” he grinned. “Hey, buck up, Flynn. At least we’re still going out for your birthday.”

Maggie had almost forgotten. Her birthday wasn’t until tomorrow but Ben, Casey, and their whole group of friends were taking her to the Blue Note tonight to celebrate. “Well, there’s that,” she sighed.

By nine o’clock that evening, Maggie was seated at a large round table at the Blue Note along with some of her closest friends with whom she’d scaled the mountain they called law school. Casey was there, of course, as was Ben, who’d brought his new boyfriend, Alex. Des Oliver and Jacob Hoechner, Marcus Jensen and his date, Catherine somebody, and Kevin Alverez rounded out their group. Kevin played drums in a jazz band and they were playing later that night.

Over the last couple of years, the friends had bonded over classes, assignments, exams, reviews, relationship woes, successes, and failures. Des and Jacob had been a couple since the first week they’d all arrived as new graduate students and they were engaged, planning a summer wedding.

Maggie watched the two of them and felt a little envious. It must be nice to have someone, she thought. Des had Jacob. Ben had Alex. Even Casey had a boyfriend, John, a journalist who worked for the Providence Journal back home. The month before, Maggie had been dumped by Steve, her boyfriend of about six months. If she was honest with herself, she’d have to admit that she hadn’t been that torn up about the breakup. Although she liked him, she knew she didn’t love him, certainly didn’t want to spend the rest of her life with him. But it was nice to have a standing date, nice to have guaranteed sex. She sighed to herself.

Casey broke into her brief moment of self-pity. “Tell them about your interview, Maggie.”

Maggie glared at her. “Seriously? I’m supposed to be the birthday girl. Don’t I get to be Queen for a Day or something?”

“Oh, queen, schmeen,” Casey said, rolling her eyes. “Tell them about your face off with the Michael Rannigan.”

“I’d do him,” Alex said and everyone laughed.

Maggie realized that the laughter and banter at the table had quieted down as everyone waited to hear about the interview. “Shit!” she swore, embarrassed. “It’s not that big of a deal. They were assholes, mostly. I suppose it didn’t help that I dropped my crap everywhere. But they laughed when they found out that I used one of Rannigan’s cases for that project.”

“Why did they laugh?” Des asked.

“Because I chose a case he lost,” Maggie answered. “But you’d better believe I made sure I told them that he missed evidence on that case, evidence I used to win the case and ace the project.”

“Cheers to Maggie’s mad balls,” Jacob said, raising his glass. Everyone, including Maggie, laughed and raised their glasses in a toast.

“They just pissed me off,” Maggie said.

Ben winked at her. “Your glass is empty, Flynn. We can’t have the birthday girl getting thirsty!” He left the table and made his way to the bar. The place was fairly empty for a Thursday night and he had no trouble moving through the sparse crowd.

Maggie was watching Ben order her beer when she heard Casey from across the table. “Holy fucking shit! Look who just walked in.”

Maggie turned to see Michael Rannigan strolling into the bar, a drop dead gorgeous blonde woman on his arm. Her heart stopped.

“Here you go, Flynn,” Ben said, returning with her Guinness. “Hey, check it out, it’s Rannigan!”

Maggie ducked down a little hoping he’d pass by without seeing her. “Don’t you want to say hi to your new buddy?” Casey teased.

It was a quarter to ten when Michael walked into the Blue Note with Gwen Channing. Being back in the Village earlier that day had made him feel nostalgic, so he’d called Gwen, who was in town on a two-day layover.

Back in the day, he thought, smiling to himself. Back in the day he’d spent many an evening drinking too much, debating the finer points of the law, and listening to great music.

As he’d expected, the crowd was fairly thin. Had it been the weekend the place would have been packed; people would have needed reservations. Well, most people. There was always a table for Michael Rannigan. And not only at the Blue Note. He’d charmed hosts and maitre ds all over town.

Michael scanned the room as they were shown to their table and he noted a large group occupying a table not far from the bar. Probably law students, he thought, blowing off steam before finals. On closer inspection, he realized there was a face he recognized. That girl from the interview today. The one who’d let him know he’d fucked up. Or that Hemphill had fucked up, more likely, he thought. Now what was her name?

As Gwen settled in at their table he strode across the room toward the group. “Mary Margaret Flynn!” he greeted her, giving her the full wattage of his best smile. “How are you this fine evening?” He watched as the blush crept up her neck to color her face nearly as red as her hair.

“I was in the mood for a little music tonight so I figured, what the hell? Head on down to the Village, see what’s going on,” Michael said.

Another young woman at the table spoke up. “We’re here celebrating Maggie’s birthday.”

“Um, actually, my birthday isn’t until tomorrow, but...” she stammered. “Anyway, thank you.”

She looked up and met his gaze. And that’s when he knew. She was attracted to him. He could always tell when a woman wanted him. There was something in her eyes. He gave his dazzling smile again. “I’ll just leave you to your celebration. It was good to see you again. Have a very happy birthday.”

“Nice to see you, too. And thank you,” Maggie managed. With that, Michael turned and walked back to Gwen and his own table.

“Oh. My. Effing. God.” Casey stared open-mouthed as Michael returned to his own table. “That man is sex on legs.”

“Somebody made an impression today,” Ben observed.

To Maggie’s immense relief, Kevin’s band took the stage and further conversation was averted. Throughout their set, Maggie’s attention kept wandering to the table in the corner. She saw him chatting and laughing with the beauty queen. He seemed to enjoy the music, too. Once, their eyes met and she felt a jolt of electricity as he gave her a small private smile. She immediately looked away, his gaze too intense and intimate for her comfort.

Shortly before the end of Kevin’s first set, a server approached the table with three bottles of wine. “Compliments of the gentleman at the corner table,” she said. To Maggie, she handed a business card. It was his, of course. S. Michael Rannigan, Murphy, Rannigan, & Metheny. It listed the office number and his email. Turning over the card she discovered a handwritten note.

We’d like you offer you a job at Murphy, Rannigan. Call my assistant tomorrow to set up a meeting next week. Happy Birthday, Maggie. M.R.